After visiting Beaumaris, Snowdonia and Caernarfon, we hit up Conwy, the most complete walled city and castle on our way back to England.  The castle was interesting and offered some (but not a ton) of information about the era and life in the castle.  Conwy Castle is one of Edward I’s fortresses to maintain control over Wales, and some consider it to be the most impressive. The views from the top towers were great, you could see the entire walled city.  I would say you could expect to spend maybe two hours here, and see everything the castle has to offer.

After exploring the castle, we set out to walk the walls around the city.  These offered more beautiful views and a grand tour of the town from the waterfront to the residential and very touristy areas.  We headed across the bridge for better views of the castle and weren’t disappointed.

We stopped at Anna’s tea room for a late lunch (and chocolate orange cake!) which was delicious, and the tea room was one of the frillier ones I’ve been to. We later bought some snacks at a local bakery to sustain us for the long ride back to England.  Overall, the town was adorable and filled with tea rooms, pubs


and bed and breakfasts.  However, it is fairly small so if you aren’t staying there, it is possible to see the whole thing in the better part of a day.  Definitely worth a stop to see the castle and city walls! 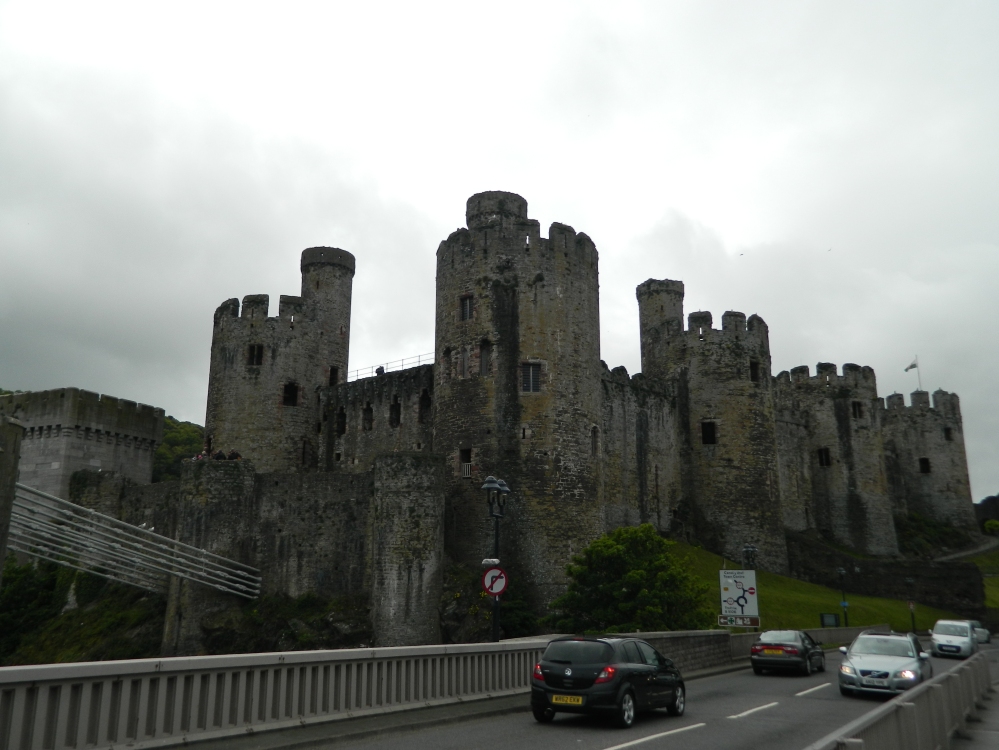