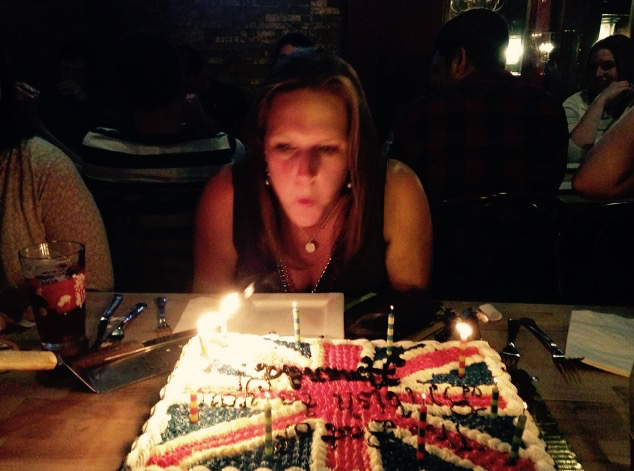 Its hard to believe I’ve had this blog for a year now, and that its been a year since we were starting to make the preparations for our big move across the pond. It’s been a hectic last month with visitors and my first trip back to the U.S. In 6 months, so there hasn’t been a ton of time for reflection but when I look back at the chaos of the last year, and how far I’ve come I’m really happy with how it’s gone. I didn’t get into this much on the blog but I was very reluctant to make the move because it meant giving up a lot of my independence (no car, no job) and being far from friends and family. I wasn’t sure how successful I’d be at making friends or finding work, and at the beginning, it was really hard. Arriving in October meant it was dark most of the time and the only people I’d had contact with were the other expat women in our program, who I spent a lot of time with and still try to see when I can.

I’m still shocked that my job search went as smoothly as it did, and not much longer than 6 weeks after I landed I was deciding between job offers. Job hunting was the thing I was dreading most, in a country where the connections and credentials I had didn’t mean nearly as much. But it all worked out so well, I wish I’d been more optimistic.

Making friends hasn’t been as difficult as I thought either. Between expats, community events and clubs and my and Lucas’s coworkers, we have developed a network of people to spend time with. (Surprisingly, do you have any friends was one of the questions I got asked most when I went back home)

I have successfully navigated the NHS, and the roadways of the UK, dealt with taxes and renting an apartment. I think the expat lifestyle has definitely grown on us 🙂 Just over a year ago was  our first trip to Europe, it’s hard to believe I’m a resident now, and have traveled to 5 new countries and many places around England, Scotland and Wales as well. I’ve become much more well versed in international travel, planning, packing and culture and look forward to learning even more!

As far as the blog goes, I have enjoyed reading others posts and discussing travel and expat issues with people all over the world and somehow almost 200 people want to read it! It’s offered great insight into new destinations and issues we all face. I’ve found sights I wouldn’t have seen otherwise and avoided others I might have made the mistake of visiting. So thanks for reading, and keep posting great things!
Amanda