London has an incredible wealth of museums and historic sites, many of them free, others a bit pricey.  Since I hate seeing the same attraction twice (sorry!) this time we made it our goal to find new museums to visit. And we did!  I’ll be posting about a few of the museums we visited this time around!

The London Transport Museum was first up. Our travel companions had never been to London, so my fiancé and I sent his relatives to the Tower of London, and we headed to Covent Garden. The museum costs £17, but if you travel to the city by national rail, you can get a 2 for 1 Here.

The museum follows the history of transport from horse drawn carriages to the subway trains of the future. Some exhibits were crowded with children but the museum is fascinating for adults too. Even if they don’t like public transport as much as I do. 🙂 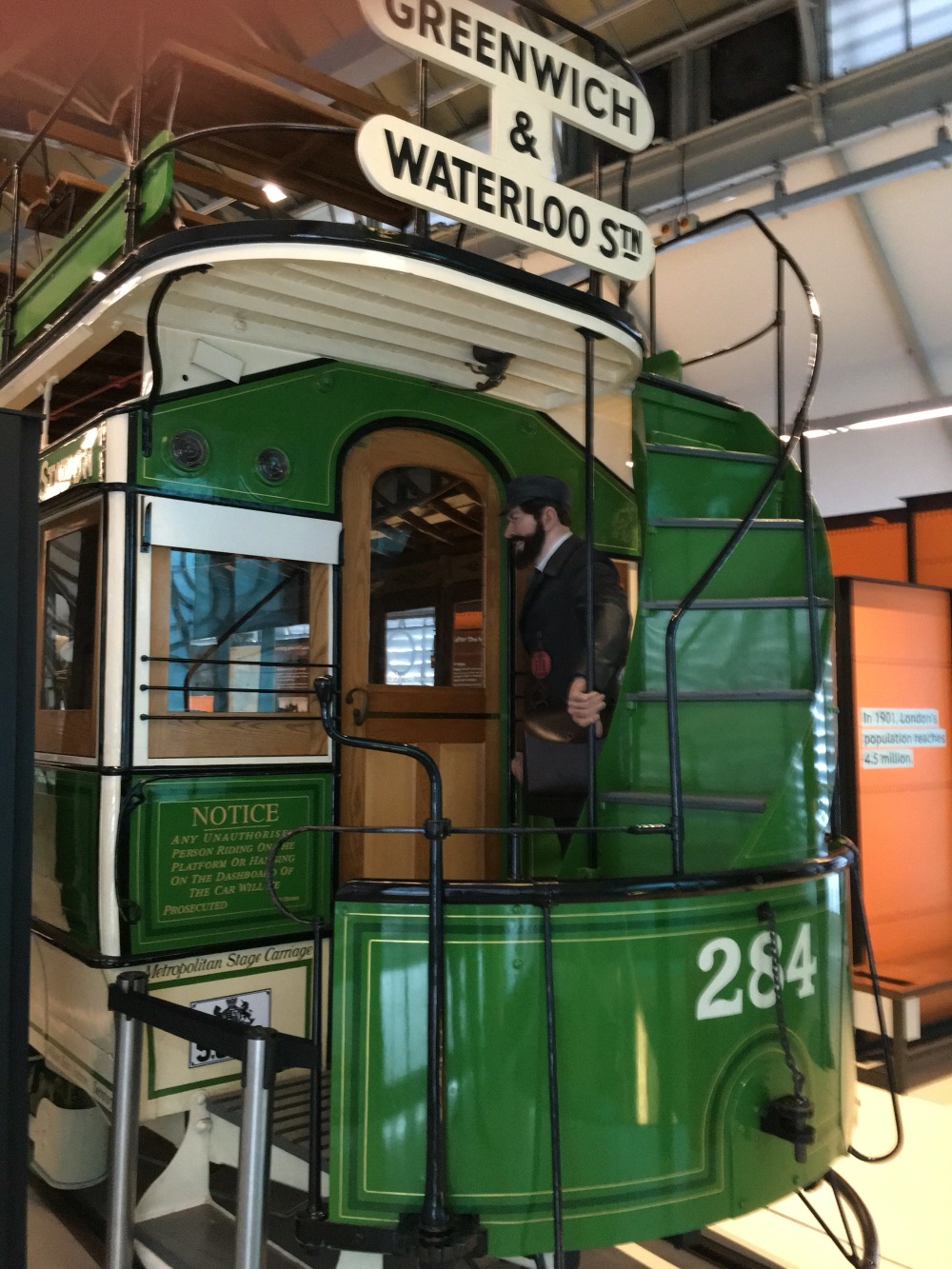 My favourite exhibit was an art gallery that takes you through historic underground posters ranging from the first introduction to the underground, through its’ popularisation for nights out in the city, the war years and finally to the posters currently used.  The social evolution of attitudes toward public transit is evident in the displays as well.  From a dirty and disliked mode of transit for the working classes, to being used as safe transportation for the middle classes living in the suburbs, the underground has gone many changes over the years.  I was amazed by the amount of thought and design that goes into things as mundane as the seat coverings for new railway lines and the line names (Bakerloo is a combination of Baker Street and Waterloo).  There is even a simulator where you can drive an underground train!

Another interesting exhibit discusses the work that women did on the trains during the war to keep them running while the men were fighting.  Unfortunately, many of them were not permitted to continue to work when the war ended.

In addition to the underground, the famous black cabs of London are also discussed.  They are custom made and designed to specifications that allow them to have a tight turning radius and also fit a wheel chair.  Drivers must also pass exams proving their knowledge of the city geography.

If you are looking for a break from art and history museums, this is definitely a good one to visit!  It is conveniently close to Covent Garden, so we stopped there for snacks afterward.