I’ll start by saying that it was this trip to Scotland that converted me to Black Pudding. I know it’s a superfood. I know it’s made of boiled down blood, offal and oats. I’m a picky eater, but when cooked right (generally fried), a high quality black pudding can be a delicious part of your breakfast. Stornoway, I’ve found, is the black pudding of choice of most and was my favourite as well. If you go go Scotland, give it a try! 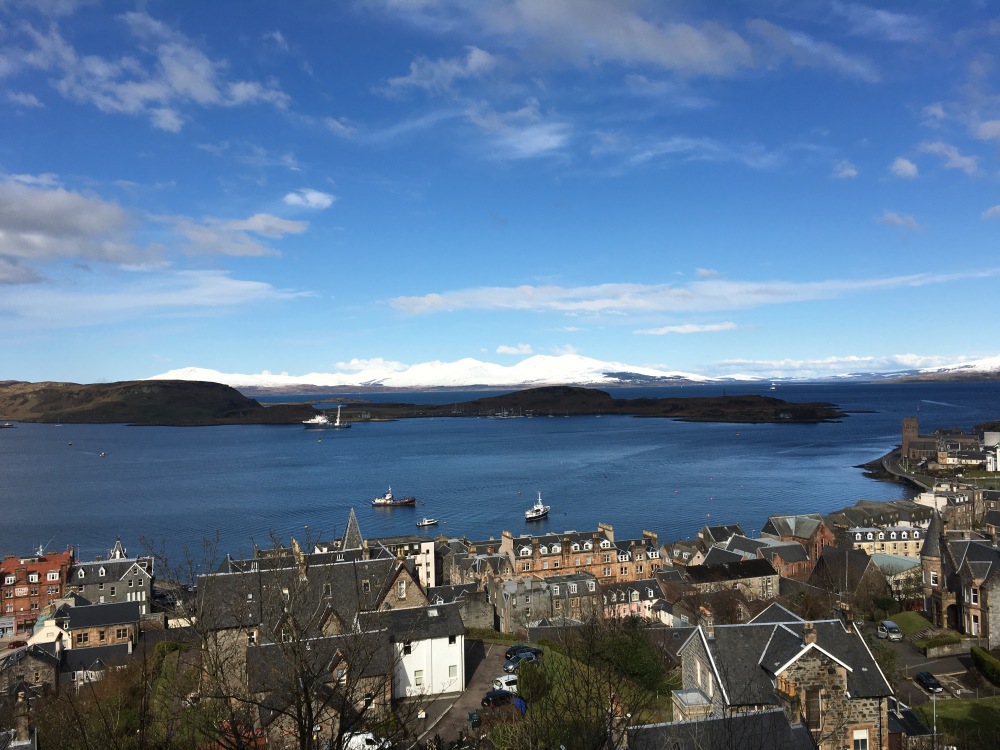 After a delicious breakfast at our hotel in Oban, the road trip crew was ready to head further north, to Skye. There are two ways into the island, by ferry or by bridge. Our plan was to maximize the sightseeing by taking the ferry onto the island and leaving via the bridge. We headed along the lochs and coast toward Glencoe.The Glencoe valley is breathtaking. There was snow still on the peaks when we drove through which made the views even more dramatic. There are plenty of pull offs for photos or walks along the main corridor, and you could easily be happy holidaying in the Glencoe Valley, looking up at the moody mountains and hiking them, if you felt so inclined. I was sad that we only had a few hours to spend, though I intend to come back and climb Ben Nevis.

The Glencoe Valley is also home to the infamous Glencoe Massacre, a tragic event in the 17th century when the Campbell Clan killed their hosts, the MacDonalds, which broke the moral codes of the day.

Further north we headed, after exploring the valley, along the coast to Mallaig, where we caught the ferry to the Isle of Skye. It’s recommended that you take the ferry one way and the bridge the other when going to the island to maximise the scenery. We saw the famous Hogwarts Express viaduct and were impressed by our first views of the Cuillins when we neared the island.

At 639 square miles with a population of 10,000, the island is pretty empty.  Most of the population live in a few small towns (the biggest being Portree), with the rest scattered about the island in clusters.  We stayed at the Sligachan Hotel at the foot of the Cuillins.  The location was beautiful (if a hike from town) and convenient for hiking, even if you didn’t want to head up the Cuillins themselves.  It’s definitely a hikers hotel, and we enjoyed a walk through the valley before eating dinner at the hotel bar.

This is the third post in a series about our road trip around Scotland.  Check out our how our journey started with a head start to Glasgow, and the beautiful journey from Glasgow to Oban.