We had one full day to spend on Skye, and decided to spend it driving around the Trotternish Peninsula, home to some of the most dramatic scenery on the island.  With a slight detour and stop for a walk and some sheep, followed by lunch in Portree, we headed to toward the Old Man of Storr, a basalt column easily recognisable from the road as it stands away from the rest of the Storr Rock formation.  We pulled over and hiked up to the base of the Sanctuary, as it’s called which was worth it, as it offered excellent views of the lochs and surrounding coastline.

Kilt Rock was another stop on the route, where basalt columns form the ‘folds of a kilt’ and a waterfall runs down the side. You can easily pull over here and view the formations safely from behind a fence.

Our next stop was the Quirang, which is the dramatic north end of the Trotternish ridge and is made up of rock formations.  It’s a slightly terrifying drive up a narrow and windy road, but the scenery is dramatic, and it was fun to wander around the rock formations despite the wind!
The Skye Museum of Island Life is worth the £2.50 admission price to wander around the huts that depict how life on the island was until the middle of the 19th century.  The huts are made of stone with thatched foods,  look extremely sturdy and hold up well against the wind.  They contain relics of life on the island back in the day, and one was lived in until 1957! The museum also (helpfully!) has a bathroom.

A bus driver we met on the Quirang told us the best sight on the island was the fairy glen…and gave us somewhat helpful directions to get there.  We saw it from afar because we got slightly lost, it’s probably a lot cooler when you’re up close but we didn’t have the energy to back track. 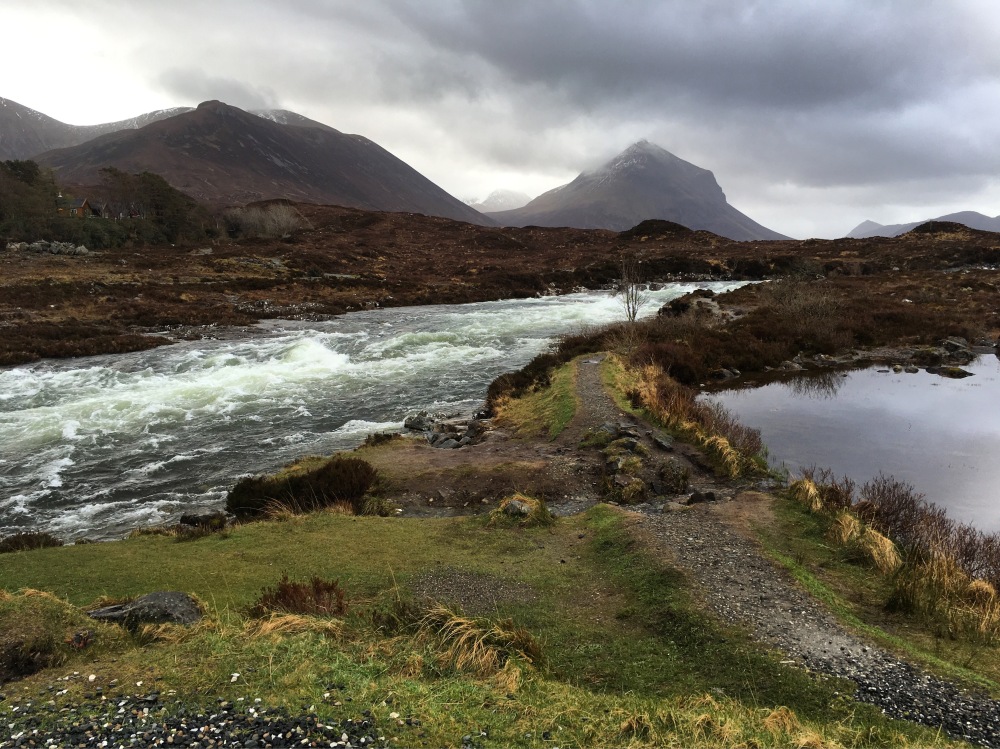 The day was topped off with a seafood dinner in Portree (who knew black pudding and scallops made a delightful combination!?) and a dram of whisky back at the hotel.

This is part of a series about our family road trip around Scotland, you can check out our journey from the Lakes to Glasgow, our whisky tasting in the beautiful town of Oban, and our dramatic drive from Oban to the Isle of Skye.