They say Berlin is the new Brooklyn, and that expats from America flock to hipster neighborhoods here. The entire city is a hipster’s paradise, with one off shops and vegan restaurants and second hand markets selling vintage 80s track jackets. Despite this, and the well known history of the city it is a place I really loved. (More about the history in another post!)

Let’s just say we ate well. Our first meal was schnitzel on the river with a lovely beer at a microbrewery.

In the evening, we headed to our four hour Beer and Currywurst Tour. Yum. The guide, Bastian, was knowledgeable and started us off with a flight of craft beer at a local brewery and a sample of some of the most famous curry wurst in Berlin. 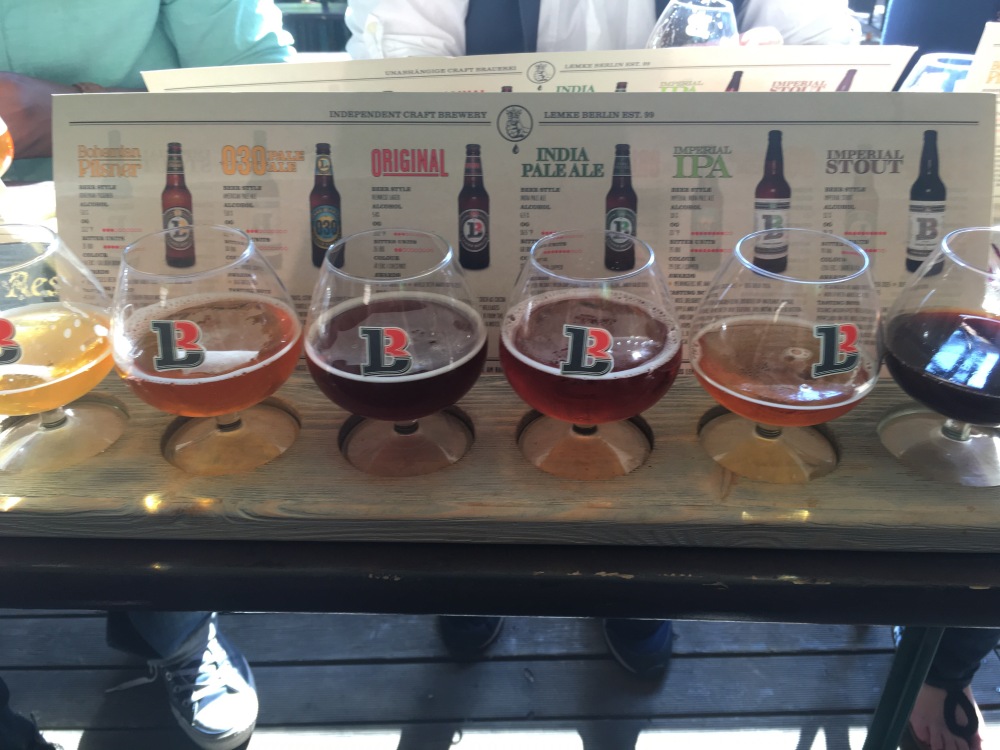 What followed was wandering through east Berlin, stopping at a few microbreweries and Currywurst stands, growing tipsier as the evening went on. We had a fun group, another couple from the states and a couple who’d just moved to Berlin, one originally from Cologne the other from South Africa. After the tour was over, we hung out with the new Berliners in a bar that Quentin Tarrentino hung out in until late in the night.

Due to the late night, we had a lie in and breakfast was pretzels and various pastries. Delicious. We then headed out to our all afternoon walking tour, after which we were STARVING. We took one of  Batian’s recommendations from the night before and headed to The Bird, an American style burger joint where I ate one of the most delicious burgers of my life. Seriously. And drank delicious beer.

In the evening, we headed to Prater Beer Garden, and stayed drinking amazing beer, light, dark and wheat until it closed around midnight. We found another bar with outdoor tables and managed to stay out until 3 am! Crazy, but since everyone else was out too it didn’t feel so late. 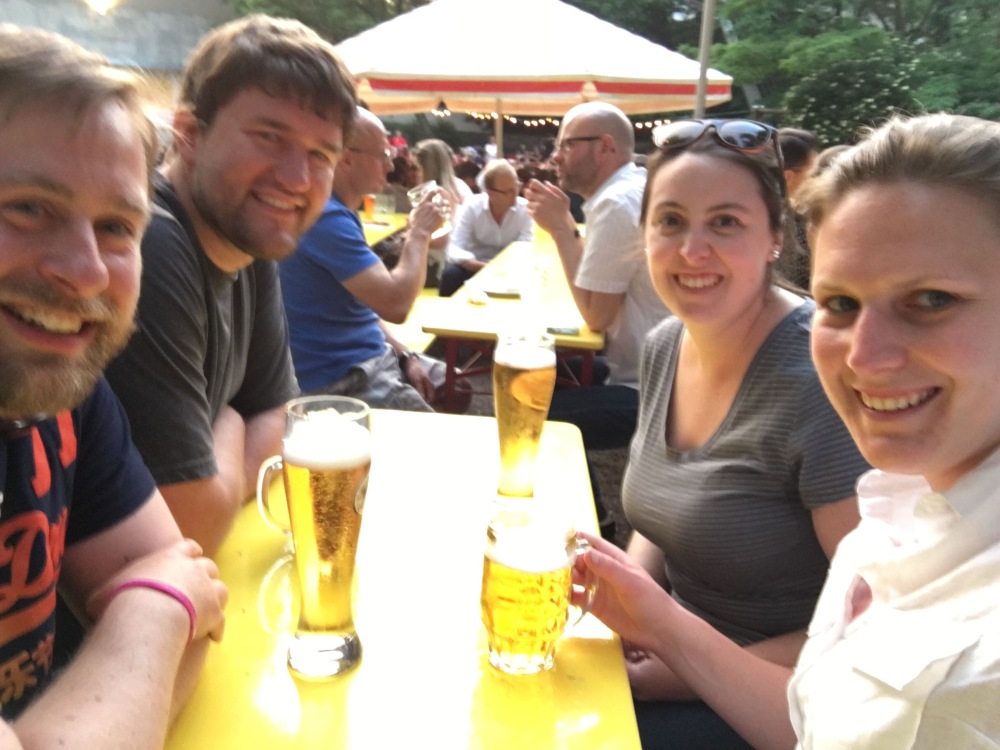 Sunday was another slow morning, and we headed to Mauerpark, famous for flea and food markets. It was fun to wander the stalls and the food looked seriously amazing. Sadly, we had a flight to catch and couldn’t stay for Sunday afternoon outdoor karaoke. Gives us an excuse to go back, right?

Overall Berlin was awesome and I loved the food and beer… I swear we actually did some sight seeing too, but that’s another post.