The first stop on our Baltic cruise was Rostock, on the north German coast line. Having just been to Berlin, we didn’t want to take the 7 hours of driving and 5 hours of sight seeing tours offered by the cruise line, so it was off to Rostock the port city and Warnemunde, the beach resort town. We woke up to pouring rain, not a beach day! And so headed into Rostock for the morning and bought an umbrella, the best souvenir of our trip as it was used almost daily.

Our cruise line had misinformed us that we couldn’t catch public transit or walk on the pier and that we had to take a 20 dollar per person shuttle to town.  Right. There was a city bus station 200 m from the pier and the guards told us it went straight to town. It did, but we wished a half hour for the bus so it was debatably worth it. We did feel pretty smug so it probably was. 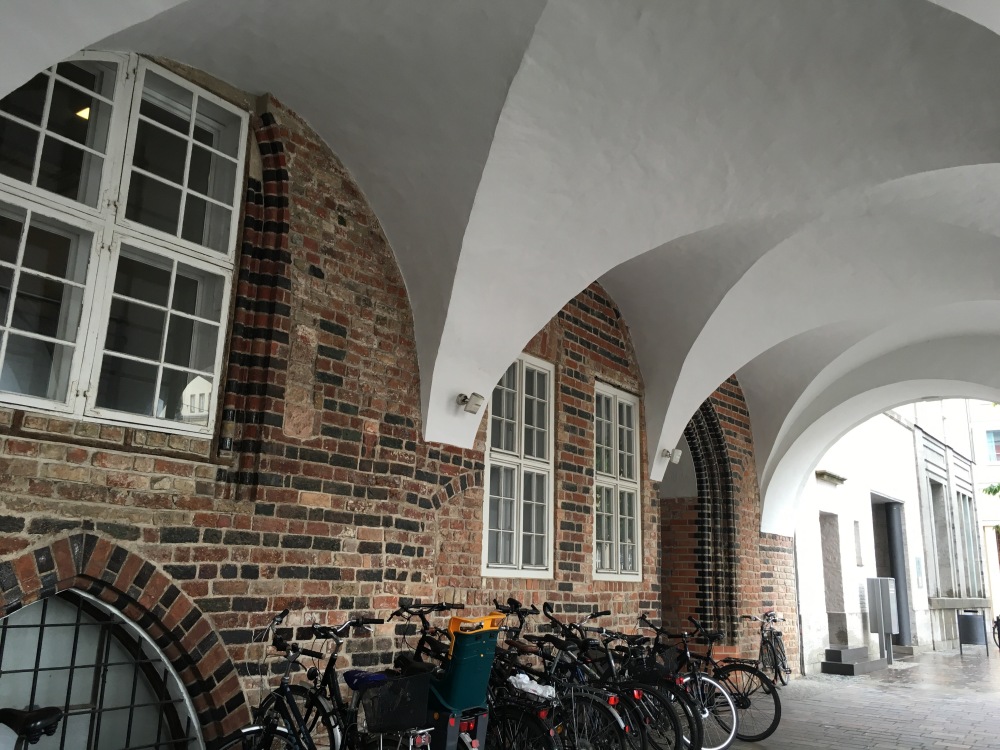 We took the city guided tour for the price of €5 from the tower. It was worth it, the guide was friendly and well informed and only 5 of us were on the tour! A tenth of the price of the tours offered by the boat and really informative.  After wandering the ancient city walls and the Lutheran church with its astronomical clock, we grabbed lunch (schnitzel, of course) and beer before heading to the old secret police holding area from when the area was East Germany. It was free, and a self guided tour. You’re given free rein to wander through prison cells and lots of the information is in English. Look up directions though, as its in a shopping plaza in a suburb and very non descript from the out side (as you’d guess an old secret police holding area would be).

We then caught a train from Warnemunde (they’re quick and frequent) and whiled away the afternoon on the beach and in beer gardens. We did have a nearly disastrous train incident which involved a Kebab shop with no toilet and it was a close call getting back to the boat but we made it with 10 minutes to spare. We survived, and it was a relatively relaxing day.