The last stop on our Baltic cruise was the notoriously beautiful and expensive city of Stockholm. As we cruised past the many islands into the harbor, I was impressed by the beauty of Sweden, and later when we got closer to the city, Stockholm itself. We had roughly two days to spend here before finally flying home after a long vacation. 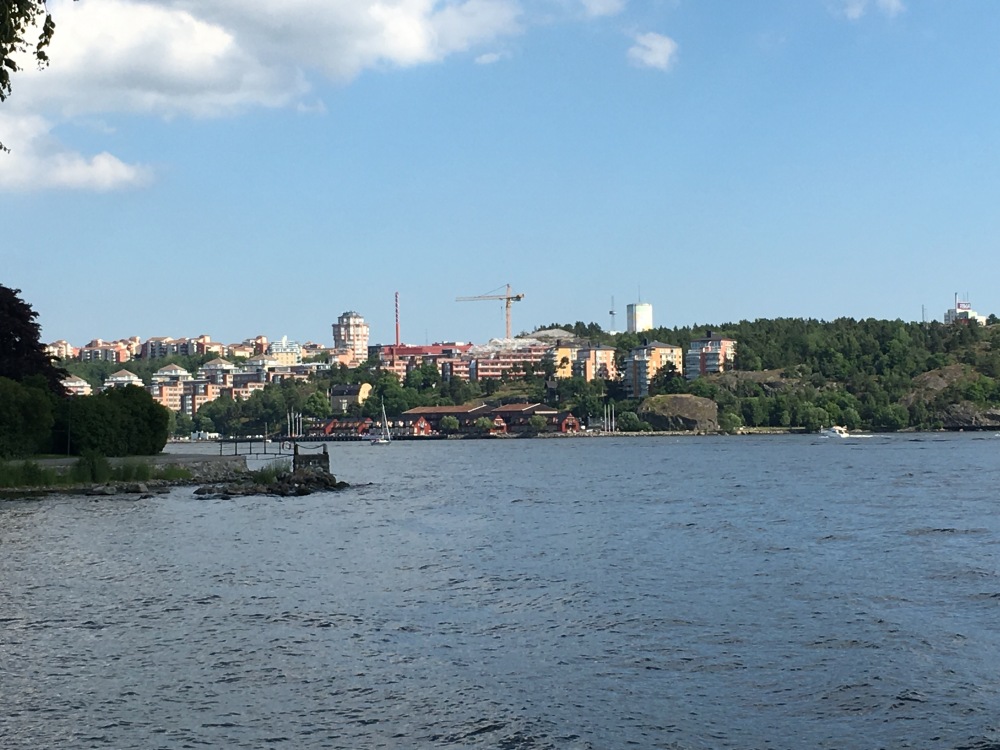 We ate a quick lunch on board before taking a city bus from the port to city centre, and made Djurgården our first stop. It had several museums we were looking to visit, and the idea of spending a lovely sunny day on an island was appealing.  We started with the Nordic Museum, which has many good exhibits tracing life in early Sweden to daily life in the present. The audioguide tour takes you through the highlights of the museum, which was really all we needed.

Our next stop was the Vasa Museum, the ultimate must see of Stockholm.  It’s a large ship that (due to a very poor design) lasted about 20 minutes into its first journey before sinking. Hundreds of years later, it was hauled up from the seabed, restored and put in a museum. It’s really impressive how well it’s held up and is pretty fantastic to see. 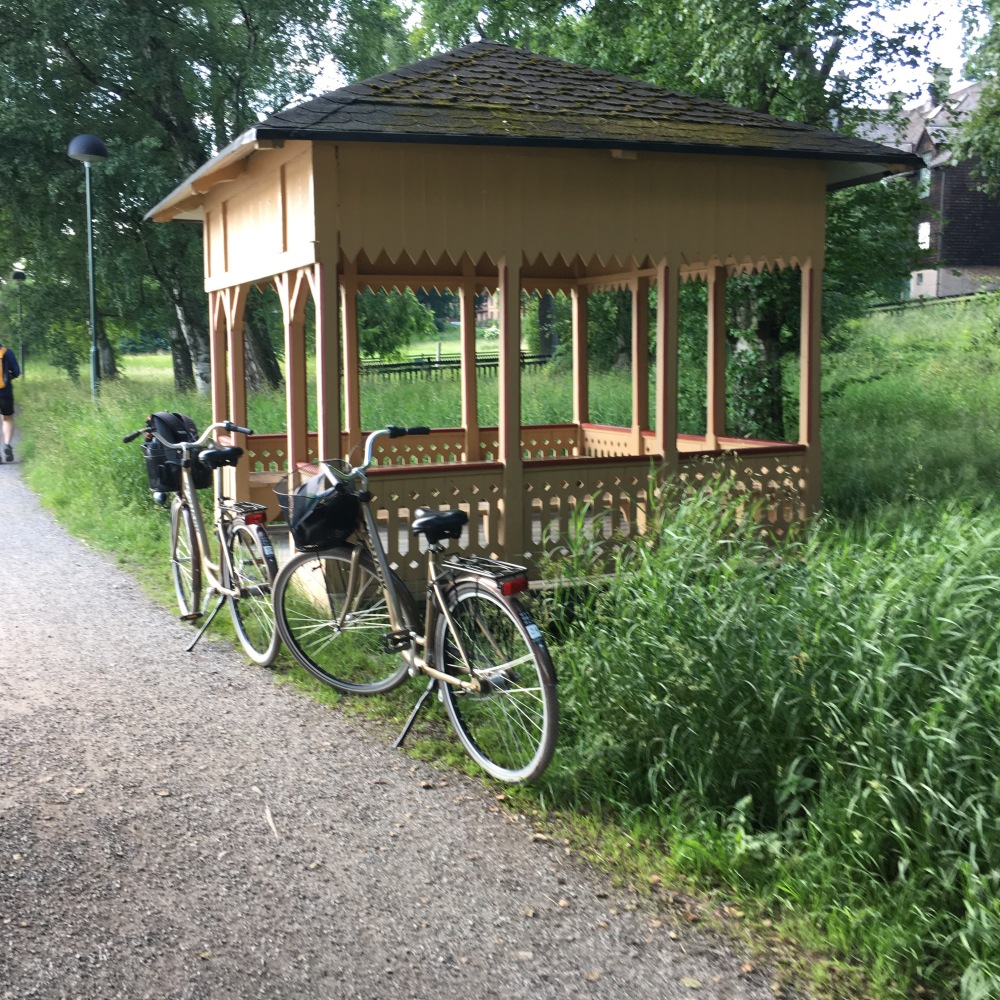 After that, we were ready to spend some time outdoors enjoying the sun, and hired some bicycles to cycle around the island.  There are a few places to hire cycles on Djurgarden (I wouldn’t recommend the one we used since the chain on the bike they rented to us was broken) and they give out maps of bike trails on the island.  It was an hour well spent (aside from the time I spent putting the chain back on every time it fell off, but still). After our adventure around the islands, we sat at a cute café by the water, ate very expensive Swedish meatballs and watched the boats and people go by. (Beers weren’t cheap either, so we headed back to the boat before dark). 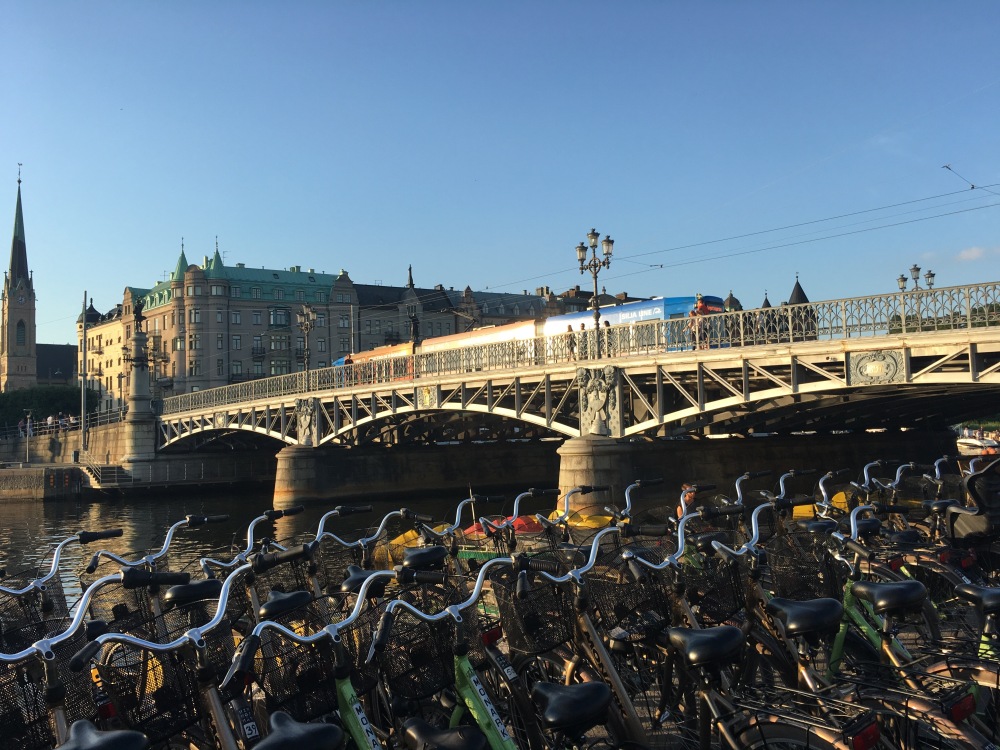 The next morning, we had to be off the boat very early, so we hailed a cab (the most expensive cab I’ve ever taken!) and headed to the main rail station to put our bags in lockers.  The lockers are located conveniently near where the bus for the airport leaves and are fairly reasonable for the day.  We then headed to Old Town to take a free walking tour. It was informative, and enjoyable despite the rain.  Unfortunately, that was where our success ended. Due to the midsummer holiday EVERYTHING was closed.  We tried to visit parliament and about 5 museums, and ended up spending the day wandering around a very wet mostly closed Stockholm, a far cry from the day before.  The open air museum was open, but we really didn’t have the weather for it.

Later that day, we headed to the airport and flew home from our whirlwind tour of Scandinavia and the Baltic.  It was an amazing trip, we saw so many cities and so many countries, I’d definitely recommend a Baltic cruise as a good way to see a lot without the hassle. Interested in the rest of our Baltic travels, check out our other posts in the series:

Spending a Day in Riga

Finnish Design (and other reasons I loved Helsinki)