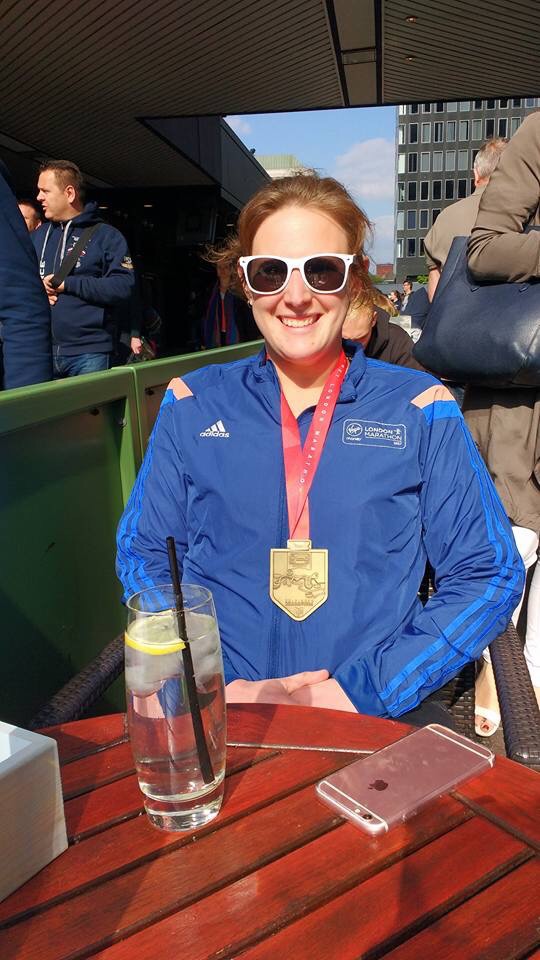 My slacking in the blog department has partially been due to marathon training, but I’ve finally finished the London Marathon! It’s something I’d never thought of doing before last year when I got a place through my local running club after not getting a place in the general ballot.

It was a great experience to run by London monuments such as the London Eye and the Cutty Sark and to run alongside the Thames and finish in front of Buckingham palace to roaring crowds. That did not make it less painful, it’s still 26.2 miles of running, but it did make it more exciting. It’s hard to believe I was just starting this blog (and getting ready to move to the UK) when I ran my first marathon 2.5 years ago!

Brace yourself for a crowded run. 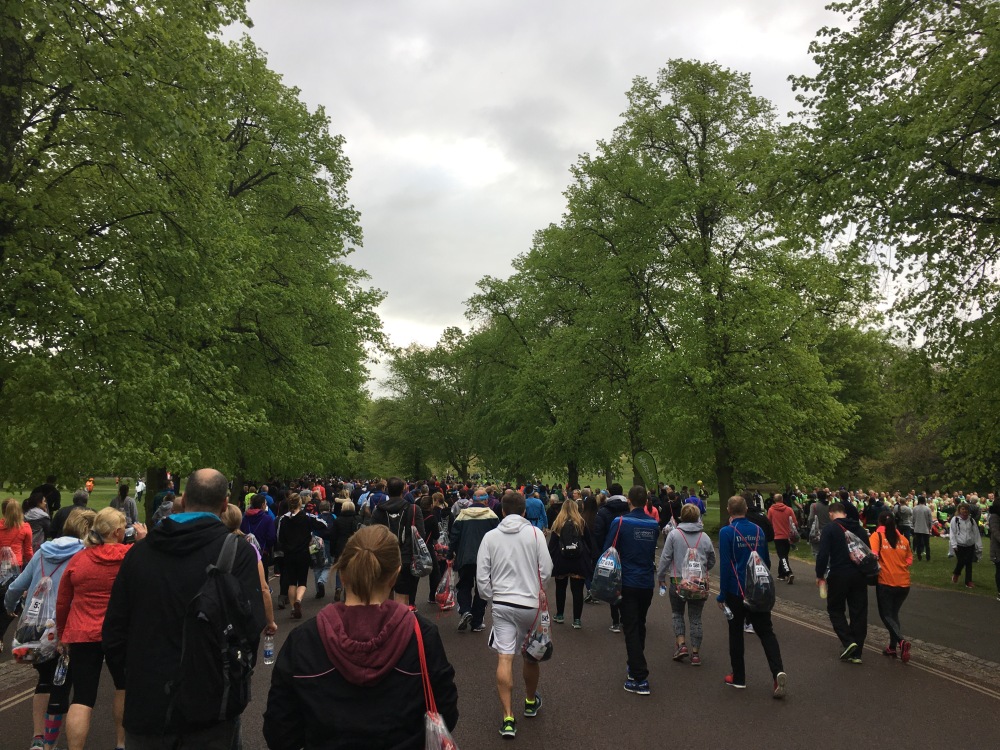 I was fairly realistic about my finish time when I entered the ballot, most people are very optimistic, meaning that I ended up in a pen with people much slower than my intended pace and had to run around them. There are three starting areas that merge together during the first three miles, which can be tricky as well. Prepare yourself for having to run around others and for people stopping and walking directly in front of you and you’ll be all set.

You might be slightly delirious and miss some of the sights! 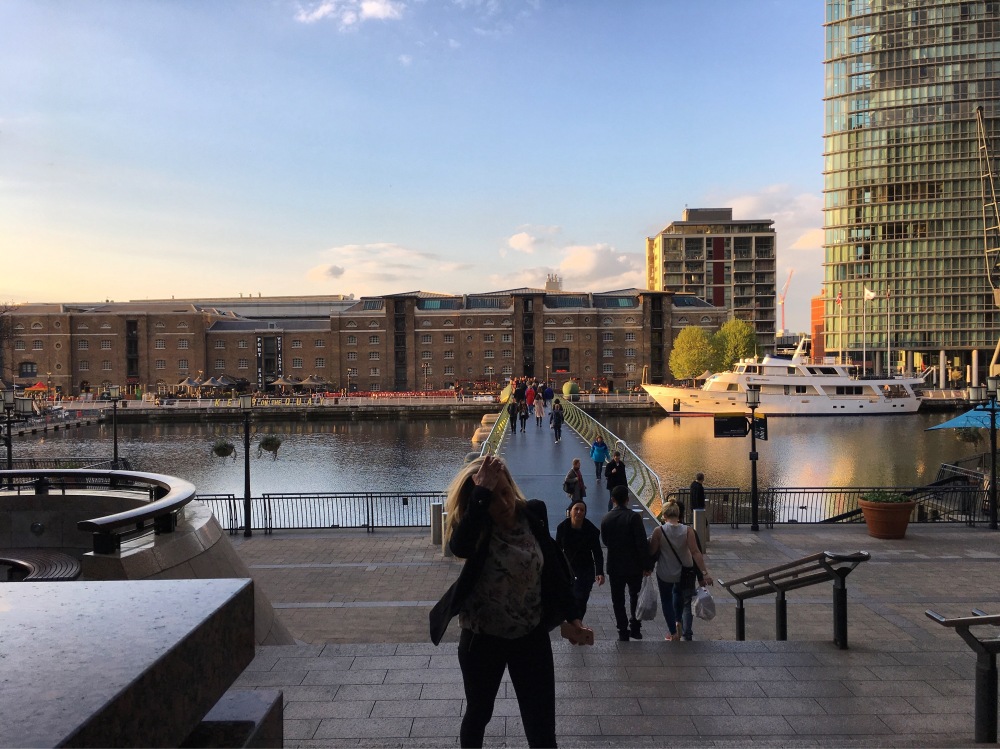 Friends who had run London previously all advised me to make sure I spent the last few miles looking around and taking it all in. It’s difficult at this point because you’re tired and just want to finish, but it is awesome and good motivation to see the houses of parliament and Buckingham palace as you run toward the final stretch. Apparently we ran by St Paul’s cathedral as well, but I have no idea when, I don’t remember seeing it!

The organization is fantastic

Seriously, from the moment you enter the finisher’s chute, you’re handed a medal, a photo is taken, a goodie bag with food is passed to you and your kit bag located. You may have to walk a half mile to get through it all, but I was really impressed with how well organised it all was!

The crowds will see you through 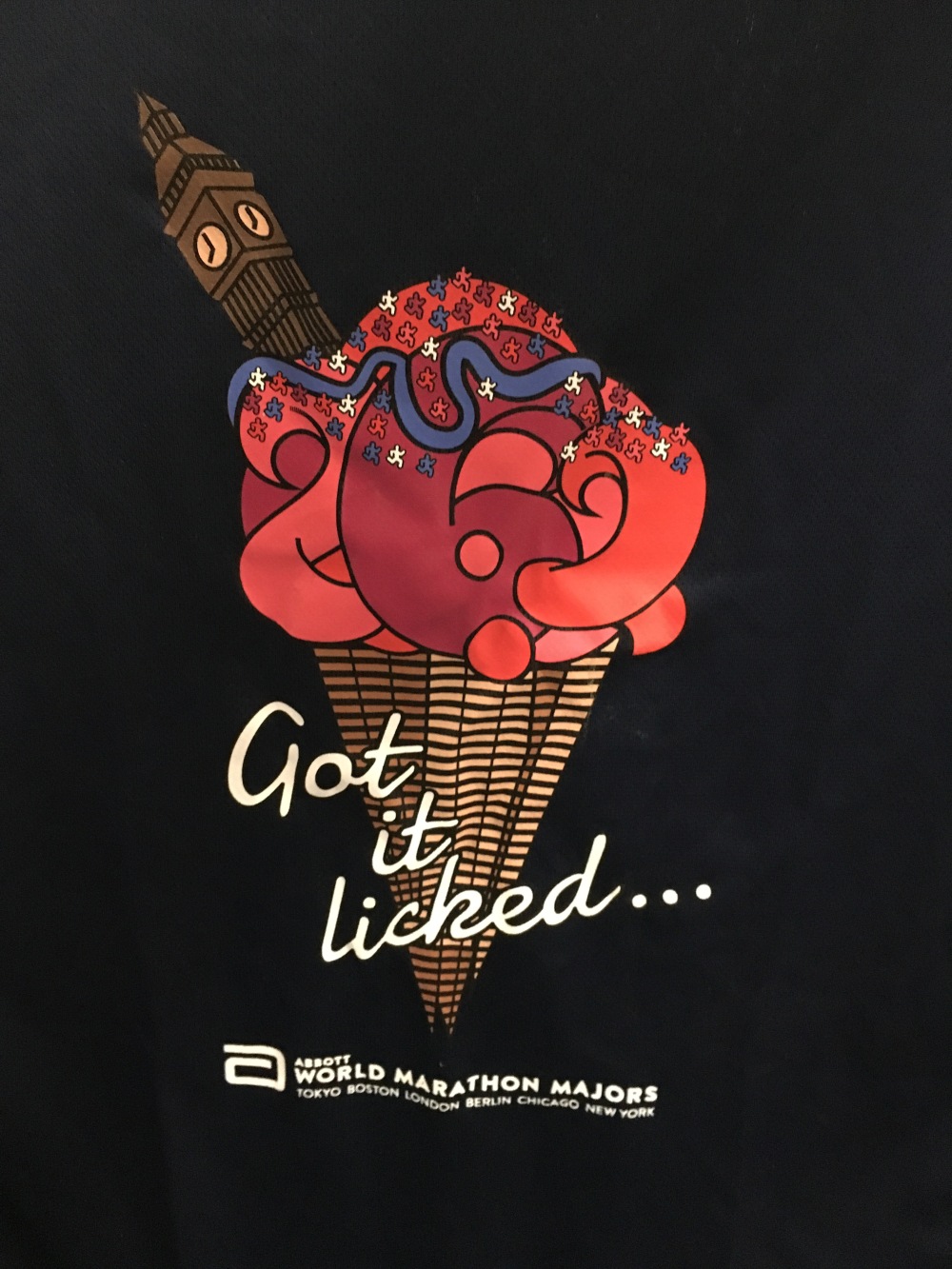 The crowds were amazing! Though I didn’t see my husband and friends in the crowds, I did appreciate all the on course entertainment and the large crowds cheering on the course. There were bands, DJs, drums and dancers along the route which provided a good distraction from my increasingly sore feet!

I should also mention that the costumes are epic. There were loads of Guinness world record attempts this year, and I saw a few of them! Someone dressed as a star, another as a triangle and I even got to congratulate a couple who were married at the marathon on the Cutty Sark!

I don’t know that I’ll be doing it again (my legs are still recovering) but if you are up for a challenge, the general ballot opens Monday! And of course you can always run for charity.