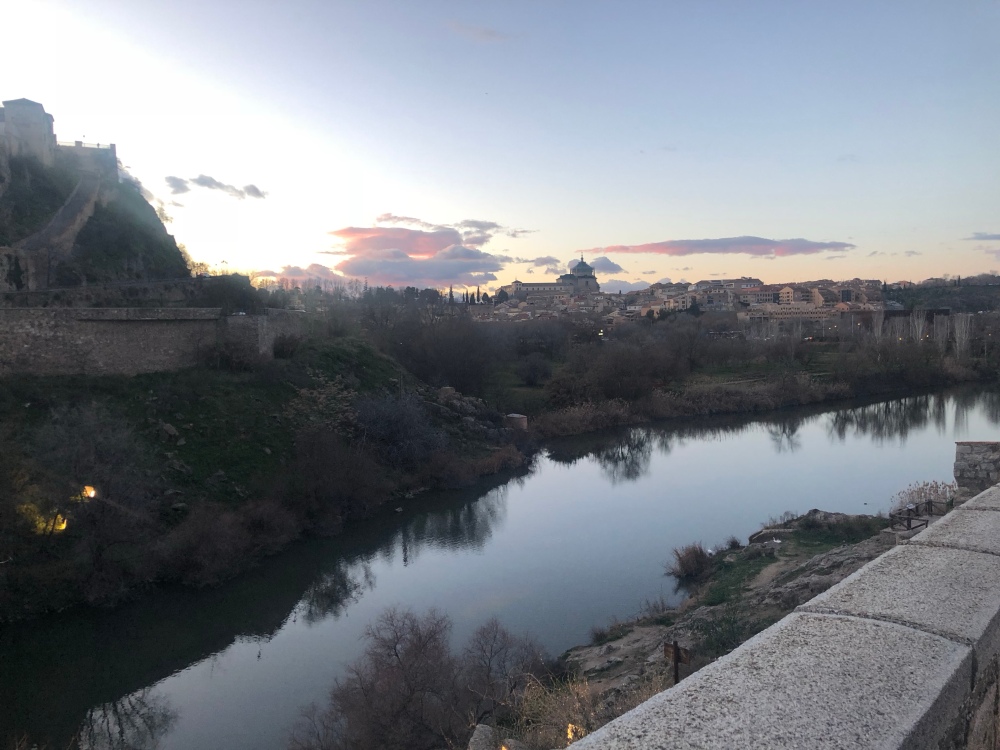 After visiting Barcelona, Sevilla and Ronda, it was finally time to travel to Spain’s capital city, Madrid. While booking the trip, I caught sight of Toledo, which is absolutely gorgeous and just 30 minutes outside the city by high speed train.  Making it a side trip was a no-brainer.

It’s recommended that Renfe train tickets are booked ahead of time as they can sell out, especially during peak season. After landing in the Madrid airport, we ubered to Madrid’s absolutely gorgeous and forested train station (there’s even a turtle pond!), and caught our train to Toledo. It’s a hilly city, we probably should have taken a taxi, but the walk through medieval Toledo at sunset was enjoyable.

After checking in, we wandered to a bar for a glass of wine, which in this part of Spain comes with a free tapa. I accidentally ended up with raw mussels, which were surprisingly ok. Then it was time for dinner. After devouring a plate of Manchego cheese, we had the tenderest pork I’ve ever tried and a lava cake, a local speciality. Although the area is famous for suckling pig, I didn’t think I could deal with a whole pig on my plate, snout, hooves and all.

In the morning our destination was the Toledo cathedral. This was by far one of the most impressive and interesting I’ve been to so far. The sculptures, paintings by El Greco and scale of the cathedral are all impressive, and there’s a huge mural of Jesus being carried by a giant, a bible story I definitely haven’t heard before. 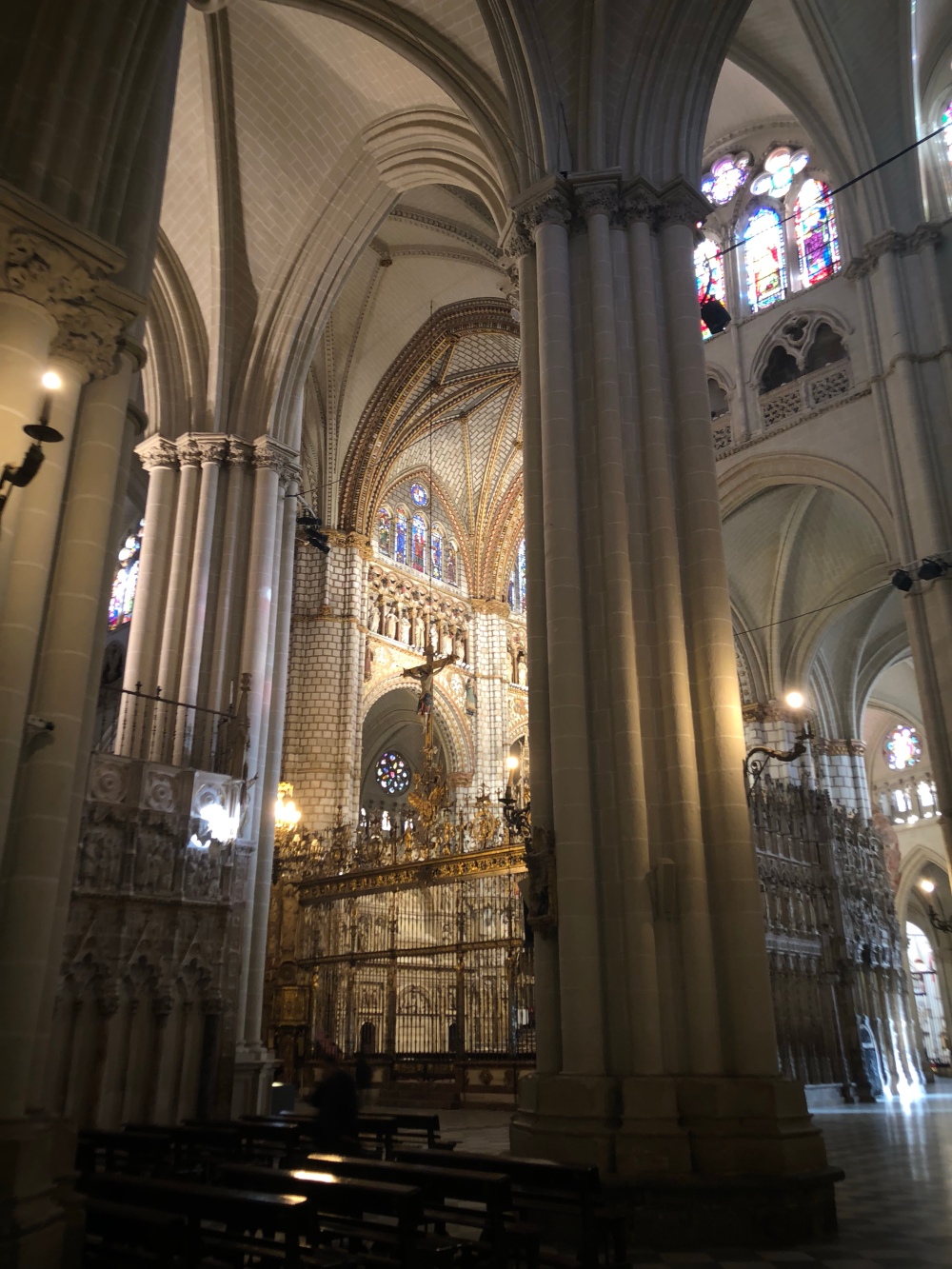 We stopped for Marzipan, a delicious local speciality and enjoyed wandering the medieval streets, filled with cafes and a proportionally large number of sword shops.

Another must see was the Mirador del Valle, or viewpoint over the city. Rather than walking, we had a taxi take us on the way to the train station, making our last view of Toledo a memorable one. Then it was on to Madrid!

Logistics: We missed our original train to Toledo due to a flight delay, and found it easy enough to book tickets at the train station, however in peak season they might sell out.

We stayed at La Posada de Manolo, a central hostel/hotel that was comfortable and had an excellent breakfast.