Malta is a not-so large island country that has an incredible history. To be honest, I didn’t know much about it until we started looking for somewhere warm to visit. It’s home to the some of the most complex and oldest temples in the world, some are 5000 years old. And due to Malta’s central location was influenced by many cultures, both ancient and modern. 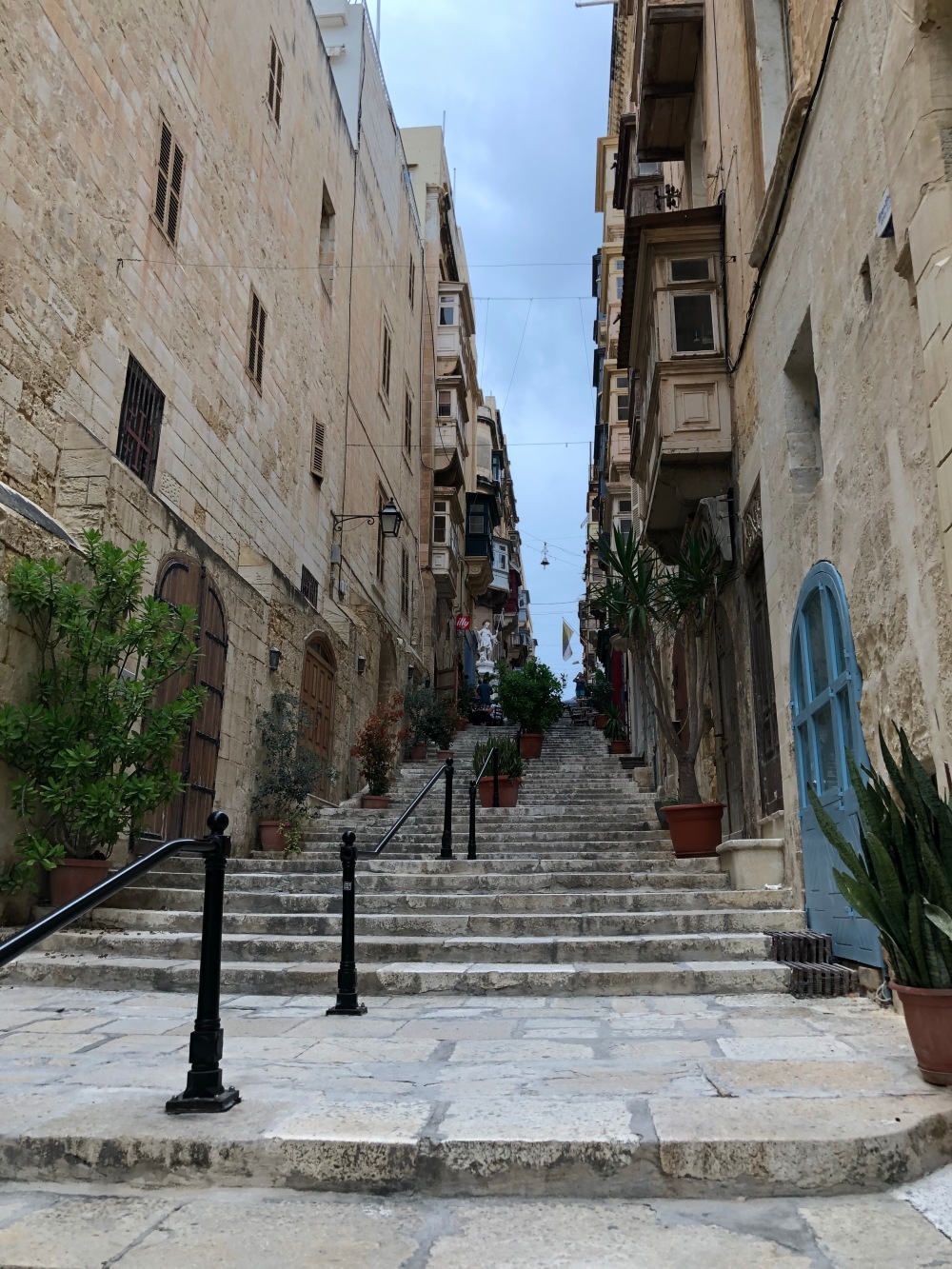 In addition, it’s sunny, has beautiful cities and lots of seafood. We stayed at a great Airbnb in Valletta, the capital city. Valletta’s narrow streets and alleyways are so photogenic, even if they are a bit hilly. We were only in town for 4 days, so we saw as much as we could. After checking into our apartment, we ate lunch on the water, then visited the Grand Master’s palace, where the Knights of St. John ruled from after being given Malta during the crusades. It was interesting to learn about the history of this order of knights and the siege and battles the island underwent.

Next up was St. John’s Co-Cathedral. The museum was closed but the audioguides of the cathedral were very thorough. The highlight of the very gilded cathedral is the painting of the beheading of St John the Baptist, which unfortunately, you aren’t allowed to photograph.

Thoroughly audio-guided out, we got some tasty gelato and headed for the Upper Barrakka Gardens, which is where the knights could spend their leisure time. The gardens have fantastic views across the bay of the Three Cities.

It’s a quick journey by bus or car from the airport to the city.

If you choose to hire a car and drive, parking is available in the city (but there are lots of restrictions) or in the large underground MCP car park just outside the city walls in Floriana, which charges €10 for up to 24 hours, less if you park for less time. In addition, there are multi entry passes that you can purchase if you are using the car park for multiple days.

Staying in Valletta was a great choice, but the Three Cities or St Julian’s or Sliema would be convenient as well.

We didn’t make it to the Archeology Museum or the National War Museum, but I wish we’d had time to visit. Next time!